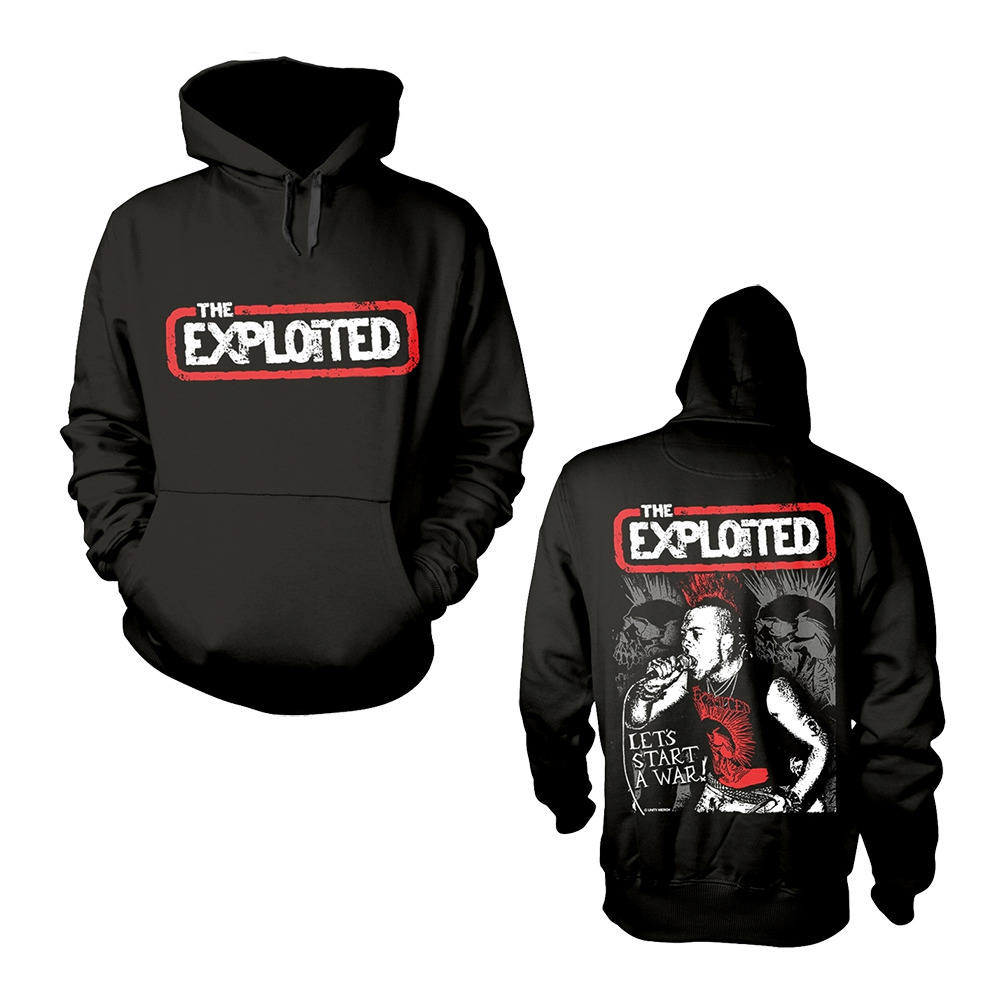 The Exploited are a Scottish punk band from the second wave of UK punk, formed in 1979.

They started out as an Oi! band, before transforming into a faster street punk and hardcore punk band, only with a heavy political influence. From about 1987 on (around the time of Death Before Dishonour) they changed into a crossover thrash band. Formed in Edinburgh by ex-soldier Wattie Buchan, they signed to Secret Records in March 1981 and released their debut EP Army Life. The album Punks Not Dead followed in the same year. Despite many lineup changes, the band continued into the 2000s and has developed a worldwide following. The band are currently writing material for a new album.

The band formed in 1979 in Edinburgh. One of the first lineups consisted of Big John Duncan on guitar, (Reeba) Alan Martin on drums, Gary McCormack on bass and Terry Buchan on vocals. After a very short time, however, Terry was removed from the band and his youngest brother, Walter 'Wattie' Buchan whom then took over. Inspired by the first wave of punk rock (Sex Pistols, The Clash, The Damned), the quartet created a simple, no-frills sound characterized by speed and aggression. In 1980, the group founded its own independent record label, Exploited Record Company, and immediately released their debut EP Army Life, which was #6 in the independent charts for eight weeks, then was in the top 20 for 18 months. They then released another single, "Barmy Army", which immediately jumped into the independent charts and remained there for 53 weeks, peaking at #4.

In 1981 the band signed to Secret Records and released the single "Dogs of War", which peaked at #2 in the independent charts and #63 in the national charts. The band then released their first live album, On Stage, recorded during a concert in Edinburgh. Thereafter, the band performed, along with Discharge, Anti-Nowhere League, Anti-Pasti and Chron Gen on a tour called Apocalypse Now.