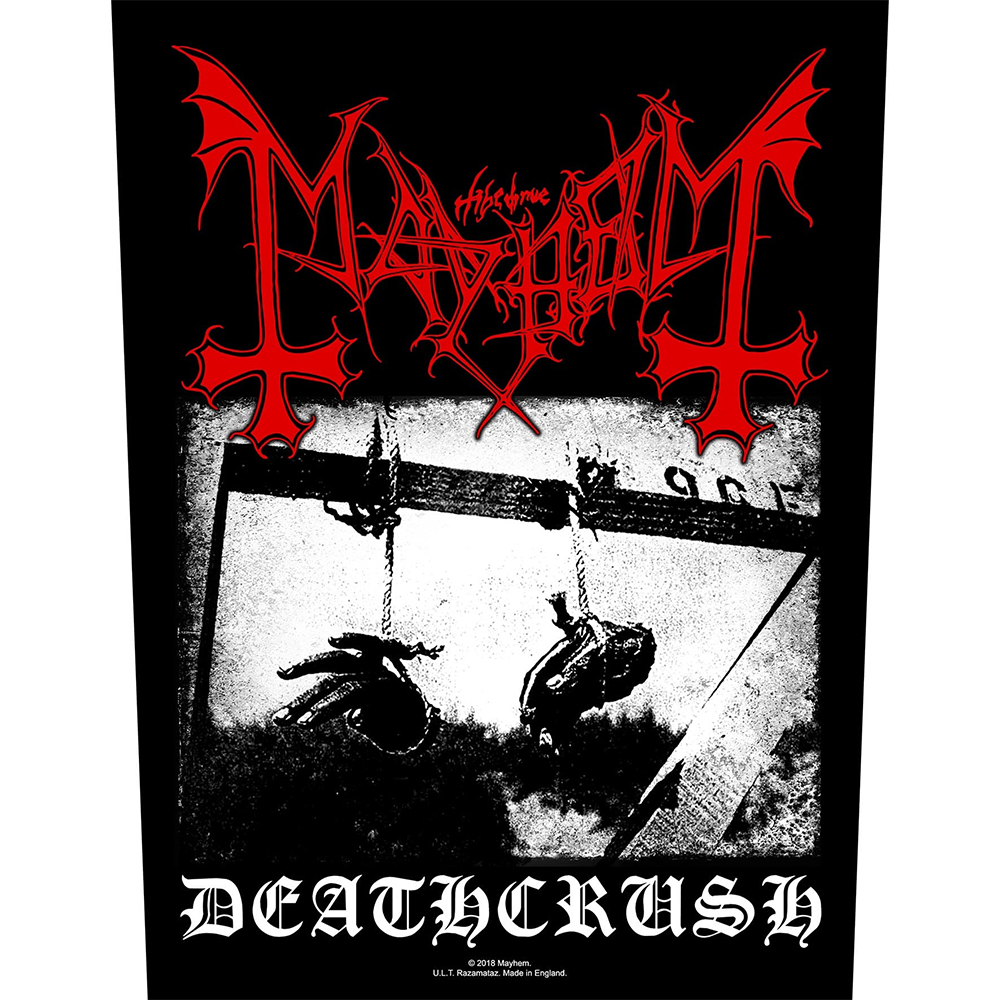 Formed around 1985 by Necrobutcher and guitarist Euronymous (born Oystein Aarseth), Mayhem was the first death metal band from Norway to make much of an impact in their homeland, which in the early '90s developed a burgeoning underground scene rife with violent, sometimes anti-Christian activity -- as evidenced by Mayhem's non-musical history. Drummer Hellhammer, who at one time worked in a mental hospital, is the only remaining member of the band's prime-period lineup. Lead vocalist Dead committed suicide in 1991 (two years after joining the band) by shooting himself in the head; Hellhammer made a necklace using some of his skull fragments, and Euronymous reportedly cooked and ate pieces of Dead's brain. Euronymous, in turn, was stabbed to death while in his underwear on August 10, 1993, by the band's bass player, Count Grishnackh (born Christian Vikernes). Grishnackh's alleged motive was jealousy over the fact that Euronymous had a more evil reputation; he inflicted 23 separate wounds, it was also rumored, so as to outdo rival band Emperor's drummer, Faust, who was convicted in the stabbing death of a homosexual acquaintance. When police arrested Grishnackh, they found over 150 kg of stolen dynamite in his house, complete with a plan to blow up a large church on a religious holiday. Grishnackh went on to pursue his electronic-influenced project Burzum while in prison; meanwhile, Euronymous' parents requested that his bass tracks be erased from Mayhem's 1994 album, De Mysteriis Dom Sathanas, (which featured session vocalist Attila Csihar). Still, thanks to growing worldwide interest in Norwegian death metal, Mayhem product has continued to appear on the shelves into the next century. Hellhammer also put together a new Mayhem lineup, which has toured sporadically. During one such tour in 2003, a concert-goer in Norway received a fractured skull as a sheep head flew from the stage while band member Blasphemer was cutting the head away from the torso.